Why does the Illuminati feel threatened by the general population of the world? Is it because that they think we cannot manage or govern ourselves without their money and global interference?


Some members of secret societies such Illuminati and of the Free Masons feel that it is necessary to use electromagnetic weapons such as V2K or HAARP to control the brain wave thought patterns of a human mind.
These members of these secret societies feel threatened by the general population of the world, since they feel as if the general population of the world were left to manage and govern themselves --that we would simply not be capable of managing and governing ourselves.

So it has been the job of the Illuminati since the very last days of kingship and a society controlled by a monarchy --to create balance, order, friction, conflict, resolution, war planning and strategy, power and control over the political leaders of the world, and influence on small and large scale economic systems.

The Illuminati owns the U.S. Federal Reserve, The Bank of England, The Bank of Vienna, and the vast majority of Central Banks that own smaller banks in the western hemisphere, Europe, and Asia. 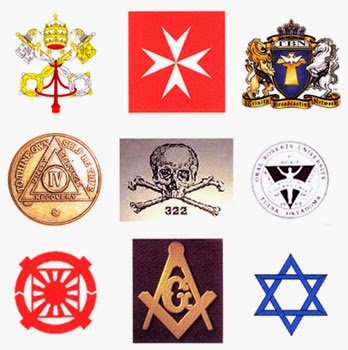 Information about the Illuminati click here
Posted by Unknown at 6:16 PM

Email ThisBlogThis!Share to TwitterShare to FacebookShare to Pinterest
Labels: and, electromagnetic, feel, Free, Illuminati, is, it, Masons, Members, necessary, of, secret, societies, Some, such, that, the, to, use, weapons